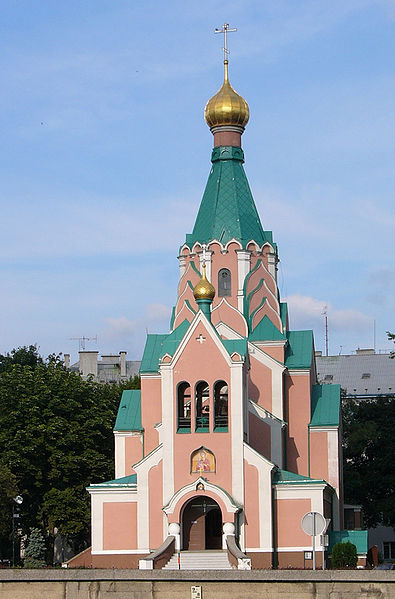 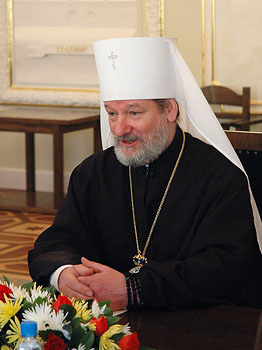 The Orthodox Church in Czech and Slovak Republics

At the time of its independence in 1918, Czechoslovakia was a preponderantly Catholic nation. In 1920, a group of progressive Catholic priests and faithful broke away and formed a National Czechoslovak Church. Some of these were sympathetic to Orthodoxy, and when the church held a congress in 1921 it heard an appeal from a Serbian bishop to unite with the Orthodox Church. In September of that year, the Serbian Patriarch ordained Fr. Matej Pavlik, the administrator of one of the National Catholic dioceses, as an Orthodox bishop and leader of the emerging community. He took the name Gorazd. Only a minority of the National Catholics became Orthodox; the larger group eventually formed a Protestant church. At this point there were about 40,000 Orthodox in the country, but the numbers soon increased when a group of Greek Catholics in Transcarpathia became Orthodox. Subsequent developments led to divisions within the Orthodox community. On March 3, 1923, the Patriarchate of Constantinople issued a Tomos granting autonomy to the Czechoslovak church, and sent Metropolitan Sabbazd to look after the Orthodox faithful there. And in 1930 the Serbian Patriarchate sent a bishop of its own to Transcarpathia. Most Orthodox Czechoslovaks, however, remained within Bishop Gorazd’s jurisdiction. In the 1931 census, there were 145,583 Orthodox in Czechoslovakia, with 117,897 of them in Transcarpathia. During the Nazi occupation of Czechoslovakia, the church was annihilated; Bishop Gorazd and his close associates were executed in 1942. (Bishop Goradz would be canonized by the Czechoslovak Orthodox Church as a martyr in 1987.) All the Orthodox priests were sent to German labor camps, and all Orthodox churches were closed. The liberation of the country by Soviet armies meant that the Orthodox could begin to reestablish themselves. But the annexation of Transcarpathia by the Soviet Union in 1945 reduced the number of Orthodox in the country again to about 40,000. In 1946 the Czechoslovak Orthodox petitioned Russian Patriarch Aleksy I for protection. He sent a bishop and created an exarchate of the Moscow Patriarchate that now included all the Orthodox in the country. In 1950 the Greek Catholics in Slovakia were forcefully absorbed into the Czechoslovak Orthodox Church [see Slovak Catholic Church]. This vastly increased the total number of Orthodox to about 400,000, and in the same year the church was reorganized into four dioceses. Most of these new members were lost again when the Greek Catholic Church in Slovakia was allowed to resume functioning during the brief “Prague Spring” of 1968. Church buildings, however, were left in the hands of the Orthodox. In December 1951, in view of the church’s increased size at that time, the Moscow Patriarchate decided to grant autocephalous status to the Orthodox Church of Czechoslovakia. But this act was not recognized by the Patriarchate of Constantinople or the other Greek-speaking churches. In order to regularize the situation, and to remove a controversial issue that complicated plans for a Pan-Orthodox Council, the Ecumenical Patriarchate issued its own Tomos granting autocephaly to the church in the Czech and Slovak Republics on September 8, 1998.
Αναρτήθηκε από Greek Association στις 9:47 π.μ. Δεν υπάρχουν σχόλια: 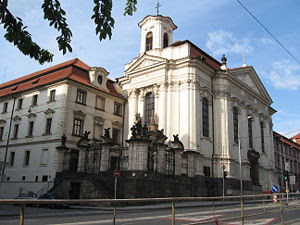 
The Ss. Cyril and Methodius Cathedral in  Nové Město, Prague, Czech Republic, is the principal church in the Metropolitan Council Czech Republic . The existing structure had its origins as a Roman Catholic church built between 1730 and 1736 by Kilian Ignaz Dientzenhofer, dedicated to Saint Charles Borromeo, archbishop and cardinal of Milan in the 17th century.
In 1942, during Word War II, the cathedral was the scene of the last stand of a number of Czech and Slovak patriots who had assassinated by Obergruppenführer Reinhard Heydrich, the Nazi SS and General of Police. Karl Fischer von Treuenfeld was in command of the troops that stormed the church on 18 June 1942. After a fierce gun battle, they committed suicide to avoid capture.[1]Presently there is a museum in the church dedicated to them as national heroes.

PRIMATE OF CZECH-SLOVAK ORTHODOX CHURCH TO VISIT DIOCESE OF ALASKA

His Beatitude, Metropolitan Christopher, Archbishop of Prague and Primate of the autocephalous Orthodox Church of the Czech Lands and Slovakia, will begin a two week visit to the Diocese of Alaska on July 28, 2012.
The visit will mark the second time a Primate of one of the world’s autocephalous Orthodox Churches has visited the Diocese. In 1993, His Holiness, Patriarch Aleksy II of Moscow visited the Diocese and participated in celebrations marking the opening of the Bicentennial of Orthodox Christianity in North America.
In a recent press release issued by the Diocese of Alaska, it was announced that Metropolitan Christopher and his delegation will visit the Alaska Native villages of Nondalton, Napaskiak, Tuluksak, Kwethluk, Eek, and Quinhagak, as well as the cities of Anchorage, Bethel and Kodiak. They also will participate in the annual Saint Herman Pilgrimage to Spruce Island August 7-9.
Traveling with Metropolitan Christopher will be Archpriest Josef Hauzar, Chancellor of the Church of the Czech Lands and Slovakia; Archpriest Milan Gerka, Secretary of the Holy Synod; Tatiana and Alexandra Strelcova, chairs of the Department of Religious Education; and Andrew Chrast, interpreter.
The invitation to visit Alaska had been extended by His Eminence, Archbishop Benjamin, Administrator of the Diocese, during his visit to the Czech Republic in 2011.
On Sunday, July 29, Metropolitan Christopher and the delegation will visit Anchorage’s Saint Innocent Cathedral, the Alaska Native Heritage Center, and the chapels at Eklutna village. Later, they will participate in groundbreaking ceremonies at Saint Juvenaly Mission, Wasilla; spend two days on the shores of Lake Clark as guests of Mr. Robert Gillam; and visit Nondalton for the blessing of the newly renovated church. Mr. Gillam is generously providing air transport to the delegation during their entire visit to Alaska. They also will bless ground for a new church in Tuluksak, which will be named in honor of Saint Prince Rastislav of Moravia; visit the grave of Matushka Olga Michael in Kwethluk; bless the newly constructed church in the village of Eek; and visit Quinhagak, site of the martyrdom of Saint Juvenaly and his Athabaskan Indian companian in 1798. After attending the annual Church conference in Napaskiak and blessing ground for a new church at Oscarville, they will fly to Kodiak for the annual Saint Herman Day celebrations and pilgrimage.
Metropolitan Christopher heads a Church with over 1,200 years of Orthodox history, tracing its roots to 865 AD, when an invitation by Saint Prince Rastislav, Moravia’s second known ruler, resulted in the arrival of the Byzantine missionaries, Saints Cyril and Methodius. After the fall of communism, the breakup of the former Czechoslovakia, and the massive demographic shifts sweeping Europe during the 1990s and 2000s, the Czech and Slovak Church witnessed an influx of immigrants from other historically Orthodox countries—Ukraine, Russia, Romania, Bulgaria and Serbia. The Church has built many new churches and ordained clergy to meet the needs of its increasingly diverse membership.
In related news, a comprehensive schedule of services and events for the annual Saint Herman Pilgrimage August 7-9 appears on the web site of the Diocese of Alaska.
Αναρτήθηκε από Greek Association στις 12:39 μ.μ. Δεν υπάρχουν σχόλια:

The Czech and Slovak Orthodox Church-A Long and Rich History 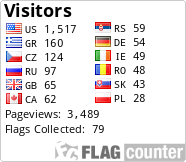